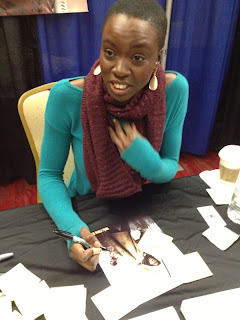 So that title is a bit misleading but it's amusing.  Rather than referring to life as a convicted criminal, the title instead refers to attending conventions (mostly of the nerd variety).  We attended the Dallas Scifi expo this weekend at the Irving Convention Center.  The big draw this year were four stars from Back To The Future, Morena Baccarin (Firefly's Inara), assorted Battlestar Gallactica stars, and three of the actresses from The Walking Dead (Laurie Holden, Danai Gurira, and Emma Bell). 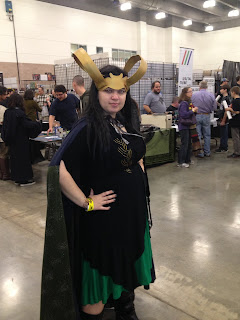 There were tons of cosplayers in the house and we were among them.  I was dressed as Doctor Who's Eleventh doctor (played by Matt Smith). The FH was dressed as the Tenth doctor (played by David Tennant). Megan was completely covered in doctor number four's massive scarf crocheted by her sister.  Jerry was the odd man out dressed as Mario.  We figured out much later that it would have been amusing as hell to have Jerry dress as Dr. Mario. Then we still would have had four doctors.  Hindsight is 20/20.  There were a LOT of Doctors in attendance.  I saw many a fez while we were there.  There was even the most awesome Junior Eleventh doctor who had legit Jelly Babies for our number four. There were some impressive Battlestar costumes and the requisite scantily clad chick cosplayers.  I think my favorite of the weekend was the female Loki. 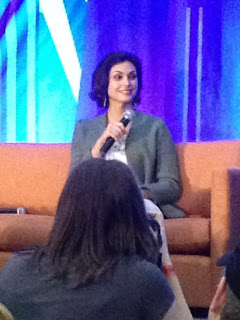 The first day, we took full advantage of our VIP passes and got to meet Christopher Lloyd.  We didn't have the kind of cash to get everyone's signature that we would have otherwise, but we made good use of the "line jumps" that being VIP holders gave us. We decide to use our line jumps for other people.  I found a mom with six kids in tow and let her use one of my jumps.  Turns out, their babysitter had bailed on them at the last minute and she was on her own for the first day of con with all six tiny humans.  I used my second one for a gentleman in a wheel chair.  I used the next one for a could of kids to meet Danai. And my final one I used on Sunday when Laurie Holden's line was ridiculously long.  She wasn't able to be there on Saturday as she was busy shooting the season finale.  I didn't get signatures but I got to meet some of my idols and I got to help out other people.  That is pretty much the definition of win-win to me.

The panels were fantastic. Morena was hilarious and once again we found ourselves calling Nathan Fillion and leaving him a boisterous voicemail hello from the Dallas Scifi Expo.  My favorite part of the BTTF panel was the little girl that came to mic and thanked "Dr. Lloyd" for being her inspiration on her science fair project.  She won first place.  Lea Thompson looks FANTASTIC and doesn't seem to have aged a day.  She is bright and witty and charming.  Christopher Lloyd is getting on in years and I am thrilled to have had the chance to meet the man who made me believe the impossible was plausible if I put my mind to it.  Now to just keep remembering that. 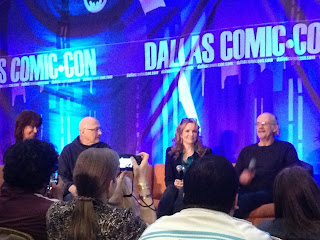 Coming back to the real world after con is always a shock to the system. You spend days in this world where your eccentricities are seen as the norm. You get to dress as  your favorite characters.  You have the chance to see and speak to your idols.  And you get to do all of this in an environment of unquestioned acceptance.  Of course it's kind of a pain to go back to your mundane job and your mundane coworkers who look at you like you have grown a second head when you start talking about your nerd stuff.  But this is the reality of nerd life.  Once the panels are over and vendor booths are packed back up and the actors have gone, you have to go back to work and leave your compatriots in nerd life behind. 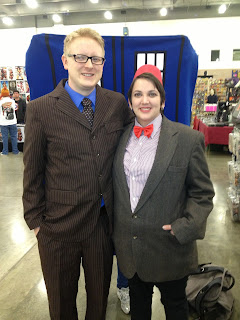 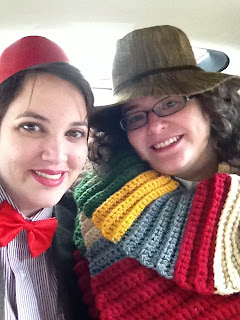 For me, it's also going back to job hunt. I had another interview today.  If I can get my computer to work with rather than against me on some software issues, then I may just have a shot at it.  If not, well....there's always the next one.