Why are boys so DUMB?! 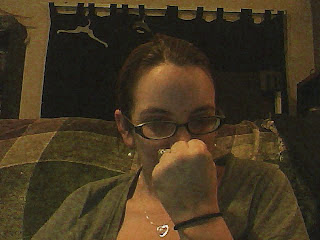 **WARNING THIS IS A RANT! A RANT ABOUT MEN! If you might be offended, you have been warned. Just saying.**

I have recently had the misfortune to witness some of the most phenomenal displays of male DUMB ever.  EVER.  I sit here thinking about those moments and revert back to shaking my head in disbelief and shame for them.  I also keep saying in my head, "Seriously?! Seriously." *sigh/shake head*  My only respite is knowing that none of those displays of dumb were perpetrated by HM.
Thank god for small favors I suppose.

Alas, some small part of me points the finger at female kind as the source of the Dumb, but I cannot and will not BLAME female kind.  No no.  This amount of dumb may have been initiated by something a female did or did not do, but the instances of Dumb themselves are simply too ridiculously stupid to say “AHA! It was HER fault!” Because all the females that may have been present at the starting point for the events which led to the Dumb aren’t actually around or motivating the Dumb when it occurs.

Who’s more at fault for an avalanche? The pebble or gravity?

Anyway,  you know what I mean.  Those instances of female encouraged male Dumb often end up with some sort of physical injury or embarrassment.  Maybe there is fire involved.  Often alcohol is a side kick in the equation.  Someone tries to jump the bonfire…and underestimates the leap distance.  Someone thinks what a GREAT idea it will be to skateboard down the driveway after three games of beer pong…which they lost. All in the name of impressing a female.


You get the idea.

Well, the instances of Dumb that I have recently been witness to have been much worse than that.  When a girl says, “We’re just friends and that is all I am interested in being.” She isn’t really saying, “Please try harder to make me want to date you even though you only recently got out of a three year relationship and engagement.” It also doesn’t translate to, “Please ambush me at my car and try to invade my personal space at every opportunity.”  Above all things, kissing a girl who really isn’t interested in you and has said so repeatedly is a HUGE display of DUMB.

It is also a sure fire way to get her to never want to be alone with you ever again despite years of friendship.

Another phenomenal case of Dumb recently witnessed by HM and myself involves the Failure at Relationship Boy.  You know him.  SURE you do!  He’s that one guy that can’t figure out what they want and drags the poor girl along for awhile.  When she gets ready to bolt, he wants a relationship.  When she gets used to this, he decides he isn’t ready and wants to spend some time apart.  Combine this guy with the deplorable traits such as “Drinks all your booze once his is gone”, “never buys his own food/smokes/booze/etc”, and “Never wants to pay back what he owes you” and you get one embarrassing display of masculinity.

Once her bank account finally becomes strapped to the point where she can no longer support his habits, this particular creature makes the decision to dump the selflessly faithful female under the premise of not being ready for commitment and breaks her heart.  She cries.  He moves on and behaves like a heartless douchebag that can’t understand why she is hurt/angry with him.

After the pain has abated, the selflessly faithful female begins to move on and recover.  A few short weeks later, the drunken texts begin.  The embarrassing kind.  The kind where he propositions her with sex expecting her to drop everything and come running.  And he is confused when she turns him down!!

Better yet are the feeble attempts to reconcile when he sees an unusual type of beer in her fridge and finds out it belongs to another guy.

Alright guys, when YOU break HER heart, you can’t be surprised when she moves on and doesn’t want to sleep with you anymore.  Simple fact.  Just because your shorts are lonely and cold doesn’t mean you should embarrass yourself by trying to go back to the well you only recently poisoned and abandoned.  Suck it up and move along.

The final and possibly the saddest case of male Dumb I have had the misfortune to witness involves the life destroying, soul sucking invention known as World of Warcraft.  I know I will catch flack for this, but unless your partner is actively involved in the game with you, it tends to fail.  Everyone knows how addictive the game is and what a HUGE time suck it can be.

When your wife is kicking you out of the house because you pay more attention to your avatar than you do your toddler sons, it is the sign from the universe that you should reevaluate your priorities.  Compounded by this fact is the truth that this isn’t the case of sad gamer dork and less than stellar looking gamer wife.

Oh no no no, kind readers!

It makes me sad and furious at the same time.  It makes HM ashamed to have a penis.  I have seen all these things going on and it has finally bubbled to the surface.  Like any poison, it has to be purged from the system.  Consider it purged.
From the desk of Nerdy Goth Girl at 7:49 PM